New Treatment Gets Rid of Cellulite! 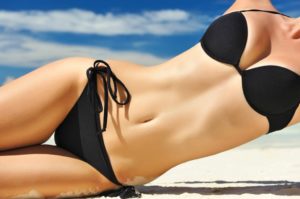 The first patient in a study of collagenase clostridium histolyticum (or “CCH”) for the treatment of edematous fibrosclerotic panniculopathy (“EFP”) or cellulite has begun and early results are expected in early 2015, reports Auxilium Pharmaceuticals Inc.
While many energy-based therapies, creams, and potions promise to get rid of cellulite, there is little evidence that any of them work long-term.  CCH is intended to target and lyse collagen tethers with the goal of releasing the skin dimpling and potentially resulting in smoothing of the skin. CCH is currently approved in the United States under the trade name XIAFLEX® for the treatment of other connective tissue disorders.
The study is expected to enroll approximately 144 women between the ages of 18 and 45 in the United States. To qualify for the study, participants must have EFP in the back of the thighs and/or buttocks for at least 12 months prior to a screening visit. Each subject may receive up to three treatment sessions of the study drug.
Following screening and determination of eligibility, study participants will be assigned to one of four groups that vary in treatment dose (low, medium, high, and placebo). This study will be conducted in two stages. If the safety and local tolerability profile from the first stage has been found to be acceptable, subjects will be enrolled in stage 2. Previously, a study demonstrated that CCH provided potential improvement in cellulite dimpling following a single injection!
To see more services and treatments provided by Dr. Motykie and his team please visit: