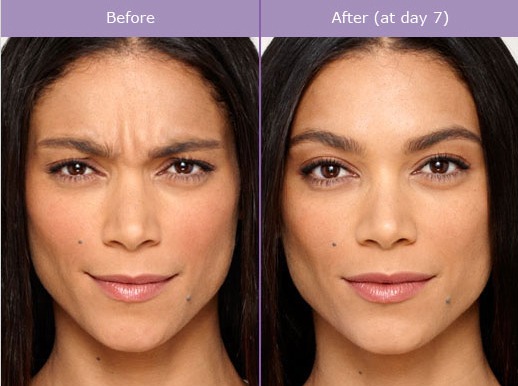 Gary Motykie, M.D., F.A.C.S., is a board certified plastic surgeon providing a range of surgical and non-surgical cosmetic treatments. Apart from his plastic surgery practice, Dr. Motykie also oversees his state of the art medical spa facility. Patients in Beverly Hills, West Hollywood, Los Angeles, and nearby areas have an opportunity to receive innovative non-invasive and minimally invasive treatments at the medspa.
Some patients may be keen to improve their appearance, but unwilling or unable to undergo a surgical procedure. In all such cases, Dr. Motykie is able to address the needs of the patient through his medical spa facility. Technological advancements in non-invasive cosmetic treatments have made them more popular today than ever before.
Botox for Crow’s Feet
Botox has been in use for more than a decade for the cosmetic treatment of frown lines between the eyebrows. It was approved by the FDA for this purpose in 2002. Botox has also been used for many years with FDA approval to treat several medical conditions such as excessive sweating under the arms, chronic headaches and migraine, and eyelid spasms. In 2013, the FDA has given its approval to Botox for the cosmetic reduction of crow’s feet around the eyes.
Patients in Beverly Hills, West Hollywood, Los Angeles and surrounding communities, who may like to reduce their facial signs of aging in a non-surgical manner, may consider Botox at Dr. Motykie’s medspa facility. While facelift plastic surgery has several advantages over Botox, but patients who are looking for only minor enhancements and a simple, non-surgical procedure, may be ideal candidates to receive Botox treatment. It can reduce the appearance of frown lines and crow’s feet from the face very effectively.

Botox is produced from the botulinum neurotoxin, which is considered one of the most potent and lethal biological agents in the world. It was discovered more than a century ago, and scientists spent several decades to determine its potential medical and cosmetic benefits. Botox uses the toxin in highly diluted quantities to achieve the desired outcomes. Ever since Botox was approved as a cosmetic treatment by the FDA, it has emerged as one of the most popular non-surgical treatments around the world. Some of its key advantages are as follows:

Crow’s feet, or lateral canthal lines, as they are called clinically, refer to the fine lines radiating from the far outer corner of the eye. These lines are usually caused due to facial expressions or repetitive actions such as smiling, squinting or frowning. These actions cause the underlying muscles to contract, and the outer skin gets folded. Over a period of time, these repetitive actions can cause permanent lines and wrinkles.
To reduce these wrinkles, Botox is injected directly into the muscle that is causing the wrinkle. Botox cuts off the communication between the muscle and the nervous system, causing it to relax. This prevents the formation of muscle even when the person smiles. With the FDA approval of Botox for reduction of crow’s feet, it is now possible to enhance facial appearance further without the need for surgery.
Dr. Motykie provides this treatment at his medspa for patients in Beverly Hills, West Hollywood, Los Angeles, and nearby areas. FDA has clearly stated that Botox is an effective temporary treatment to reduce wrinkles forming near the eyes, which are commonly known as crow’s feet. Results with Botox may last for anywhere between three and six months, after which the treatment can be repeated for prolonged benefits.

Botox is manufactured by an Irvine, California based company called Allergan, Inc. Allergan conducted an extensive study involving two large groups of adult participants. One of the groups, comprising 833 adults, was randomly assigned to receive a Botox placebo injection. Following the treatment, this group revealed a significant reduction in the appearance of crow’s feet in comparison to the other group that was left untreated. The successful results of this study contributed to the evidence reviewed by the FDA before deciding on the approval of Botox for crow’s feet.
To see more services and treatments provided by Dr. Motykie and his team please visit:

Nothing but positive things to say…

This doctor really knows his job and what he is talking about.you can feel how serious and how much pride he takes in his work!!!!He took away any concerns i had when i met him and talked to him.Always positive in a good mood and caring.Also the Office Staff is super-professional and so nice and caring that you just dont want to leave;).I can only rate my overall experience with “EXCELLENT” and am more than happy with the results.i have shown pictures of what i wish the endresult to be and thats exactly what came out!Thumbs up for Dr.Motykie and his Staff!!!!!
See this full review of Dr. Gary Motykie at: https://www.vitals.com/doctors/Dr_Gary_Motykie/reviews

There is no better plastic surgeon!

I just want to comment that my experience with Dr. Motykie was all that I expected it to be and more. He came to me high referred from many excited and more than pleased patients of his. Dr. Motykie does have a large celebrity and non-celebrity patient list that I only know of because they are some of my closest friends that have gone to Dr. Motykie for his discrete services. Most of us want our proceedures keep secret from the public and world and Dr. Motykie besides being a world class surgeon has never talked about our surgeries because of our requests. I know I will continue to go to Dr. Motykie as well as my circle of friends because there is no BETTER PLASTIC SURGEON out there. Between my friends we have meet literally every surgeon in LA/Beverly Hills and Dr. Motykie is the best.
See this full review of Dr. Gary Motykie at: http://www.vitals.com/doctors/Dr_Gary_Motykie/reviews#ixzz2hHXDeXB8

I came to Dr Motykie to fix my nose after I had two prior rhinoplasties that left me with a crooked nose that I couldn’t breath out of after the first surgery. I went on five other consultations before choosing Dr Motykie. Dr Motykie was the only surgeon that seemed confident and experienced enough to give me the nose I had been hoping for since my first surgery. I was scared to undergo surgery again but he assured me he could fix my nose and my breathing. He showed me imaging of my nose that blew me away! I was still worried I wouldn’t get the nose I wanted or even a nose that was at least straight. I went through with the surgery and I must say that I am happy for the first time in my life! He surpassed every expectation I had and my nose is better than I could have ever dreamed of. I went out on a date for the first time in five years and felt truly beautiful. Dr Motykie is a true artist and a kind caring doctor. Anyone would be blessed to have surgery with this amazing surgeon.
See this full review of Dr. Gary Motykie at: http://www.vitals.com/doctors/Dr_Gary_Motykie/reviews#ixzz2hHY8BHHC
To see more services and treatments provided by Dr. Motykie and his team please visit:

Safe and Effective Solutions to Help You Appear Youthful – Dr. Motykie Featured on the Marie Show

Dr. Gary Motykie, a board certified Plastic Surgeon in Beverly Hills, California, addressed this topic on the Marie Show!

Looking young and attractive is an innate desire of every human being. Some of the latest cosmetic treatments are helping people achieve their aesthetic goals without the need for surgery. Some people are keen to following a diet that can support their anti-aging efforts naturally. There may be no problem is following such diets for general well-being and anti-aging benefits as long as it is done in consultation with a healthcare professional. Such a natural approach can be pursued along with non-invasive cosmetic treatments for satisfactory results.

Advocates of natural remedies believe that a diet enriched with antioxidants can provide safe and effective results for a person’s general health and appearance. Natural foods that are high in antioxidant content may be taken regularly to receive maximum benefit. Some of the popular foods that contain antioxidants include raspberries, blueberries, and blackberries. In beans, kidney beans, white beans and garbanzo beans are rich in antioxidants. Artichokes and prunes are also rich sources of antioxidants.
Antioxidant supplements that can be used to reinforce the diet include milk thistle extract, which has been recommended by naturopaths for several hundred years as an effective health supplement. Bacopa extract is an important free radical scavenger. The famous Indian herb called “ashwagandha” can help boost the immune system. Green tea and turmeric extracts are also rich in antioxidant content.

Protandim with Nrf2 is a key anti-oxidant compound. It combats oxidative stress and helps in regulation of the body organs. Nrf2 is essentially a protein messenger that binds with DNA. It is believed to a master regulator of the aging process followed by the body, and supports the fight against oxidative stress. Nrf2 tells the cells to perform their designated functions.
When it is activated, the Nrf2 compound enters the nucleus of the cells and induces up-regulation of the ‘survival genes.’ This gene helps cells survive against the free radical stress. Nrf2 also down-regulates the specific genes that may promote fibrosis and inflammation to enable the body organs to perform at optimal levels.

It’s called stubborn fat for a reason: no matter how much you eat healthy and exercise, it’s virtually impossible to lose those annoying muffin tops, love handles, and belly pooch. You’re left with two options: live with them or think surgery. Neither is cool by us. That’s exactly why we developed CoolSculpting. Only CoolSculpting targets fat cells alone, eliminating them in an easy, non-intrusive fashion that exercise and diet can’t achieve as quickly or as effectively.

The Cool Solution is the More Natural Solution.

Procedures that use laser, sonic waves and even surgery to remove fat can actually destroy other tissue in the process by burning, shattering or extracting non-fat cells. This requires downtime for your body to heal. Totally uncool. Fortunately, CoolSculpting doesn’t burn, shatter or extract any cells. Developed by Harvard scientists, our unique, FDA-cleared, patented procedure uses a targeted cooling process that kills the fat cells underneath the skin, literally freezing them to the point of elimination. Only fat cells are frozen. Your healthy skin cells remain, well, healthy. No knives. No suction hoses. No needles. No scars. Once crystallized, the fat cells die and are naturally eliminated from your body. In a few months, boom: say hello to a new you.
To see more services and treatments provided by Dr. Motykie and his team please visit: