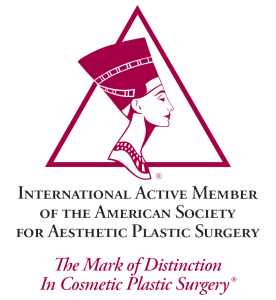 In its 18th annual statistical data released this month about plastic surgical procedures, the American Society for Aesthetic Plastic Surgery stated that procedures for men have increased by more than 43 percent in the last five years. Of the $12 billion Americans spent on cosmetic surgery procedures during 2014, men have contributed to a significant half by going in for procedures that make them look young and athletic. A vast majority of the men that have led to the 273 percent increase in aesthetic plastic surgery procedures since 1997 are individuals that view these measures as a career enhancement processes.
Most preferred plastic surgeries – According to this report the largest year on year growth in cosmetic surgeries has been in buttock augmentation and labiaplasty and also non-invasive fat reduction procedures. Men as well as women of Beverly Hills are going in for liposuction for removal of fat deposits in different sections of the body along with breast augmentation surgery and tummy tuck to give the body a more youthful appearance. Improving physical appearance has become a major priority of people in business development leading to growth of surgical procedures like eyelid surgery and nose surgery followed by non surgical procedures in Los Angeles.
Facial plastic surgeries – Since 2010 there has been a major increase in facial plastic surgeries by men than women with procedures like blepharoplasty and facelifts that can hold them in good stead during public appearances. This practice is not limited to professional men and women in California as both are fighting to retain their jobs in a market that is becoming more youth oriented like sales, public relations and business development. Consultation and procedural details are provided by experienced plastic surgeon Dr. Gary Motykie when patients go to his clinic with doubts about different aesthetic plastic surgery procedures in Beverly Hills, CA.
As of 2014 – More than 9.6 million women had cosmetic procedures last year displaying a whooping increase of 429 percent since 1997 when the society first collected this form of data. A vast majority of women prefer non surgical procedures to reduce wrinkles and remove sagging facial skin like botulinum toxin and hyaluronic acid. Other common procedures in Beverly Hills to improve the face and remove small imperfections like permanent hair removal, chemical peels and microdermabrasion are equally popular women. These are the top five procedures that are non -surgical but are preferred by men and women during 2014.
What is breast augmentation– This surgical procedure which is the second largest of all aesthetic plastic surgeries performed in United States is carried out on women to improve the size and shape of their breasts. During a breast augmentation surgery Dr. Motykie restores the shape of breasts by using implants or making fat transfers so they revert back to their youthful shape. Women in California undergo this procedure when their breasts become a little shapeless after undergoing major weight loss or usually after childbirth due to feeding.
The American Society of Aesthetic Plastic surgery is a world renowned organization dedicated to using the latest surgical procedures that are safe to improve aesthetics of the human body. Its active members undergo extensive training in both surgical and non surgical methods.
To see more services and treatments provided by Plastic Surgeon, Dr. Motykie at his Med Spa in Beverly Hills | Los Angeles and his team please visit:

DR. MOTYKIE ON THE DOCTOR'S SHOW!

Tune into Dr. Motykie on the Doctor’s Show, Tuesday, to learn about the exciting new changes in…

Well, you’ll just have to watch!

Watch the entire episode to see a 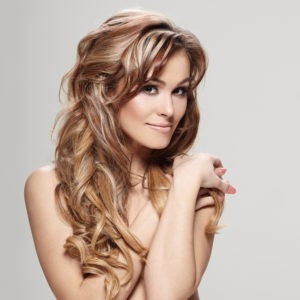 Age related signs appear first on the face before they appear elsewhere in the body. If uncared for, they can make a person appear older than their actual age leading to inferiority complex among both men and women. Though there are several anti-aging creams and lotions available as off the shelf products, these do not have desired effect after a particular age as they touch only the top layer of the skin. Plastic surgeons in medical spas provide customized solutions to patients to improve their facial features like sagging skin, puffy eyes, double chin and age spots in Los Angeles and other places around the world.  Both invasive and non invasive cosmetic surgeries are carried out on the face to improve appearance and give it a youthful glow.

According to the recently released report by American Society for Aesthetic Plastic Surgeons, there has been a growing demand for minimal invasive plastic surgeries by both men and women to improve the aesthetic appearance of the face. The top five minimal invasive surgeries performed during 2014 increased by 4 percent with 13.9 million procedures carried out during the year.

To see more services and treatments provided by Plastic Surgeon, Dr. Motykie at his Med Spa in Beverly Hills | Los Angeles and his team please visit: