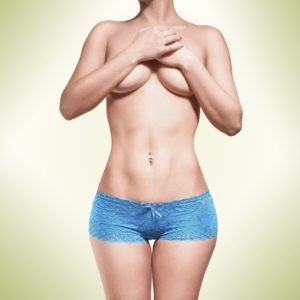 If you’ve been thinking about body contouring, you probably already know the big differences between liposuction (a surgical procedure that breaks up and removes unwanted fat) and the newer CoolSculpting® method (a nonsurgical treatment that cools fat cells, causing them to die off).
But just knowing what these procedures are all about isn’t necessarily going to help you determine which one’s right for you. So here’s the “skinny” on some ways you can determine whether liposuction or CoolSculpting® will be best to achieve the results you really want.

No, we’re not talking about that pesky thing next to your shower! By scale we mean the extent of fat tissue you want to address. For larger volumes of fat in several areas of the body, liposuction may be the best option for you. If instead you are focused on refining the appearance of just a few “trouble spots,” CoolSculpting can provide great results without surgery.

If you are thinking about a body slimming procedure to get ready for a big event such as a wedding or reunion, make sure you are planning enough time to achieve your goals before the big day. Liposuction provides more immediate results, while CoolSculpting® generally takes several months to deliver final results, as your body naturally removes the treated fat cells. On the other hand, CoolSculpting® does not require the downtime associated with liposuction.

Talk with a Surgeon

In all honesty, the absolute best way to determine which of these body sculpting methods is right for you is to talk with a board-certified plastic surgeon who offers both options. Yeah, it may not be as easy as scouring the internet looking for advice, searching for anecdotes, and studying photos of patients who have a body shape a lot like yours, but scheduling some time with a plastic surgeon can be well worth it. You’ll have an in-depth evaluation and get the opinion of a trained medical professional who can guide you toward the best approach. So find an expert in both body contouring options and schedule a visit to learn more!

About The Healing Curve [VIDEO]

Board certified plastic surgeon, Dr. Gary Motykie, founded his surgery practice as well as Motykie Medical Spa on the principles of compassion and care. The same motivation of Dr. Motykie also extends beyond his day to day practice to support the larger good of the community. Dr. Motykie’s nonprofit initiative, The Healing Curve, was a result of this motivation to make a more meaningful and sustainable contribution to the society.
Dr. Motykie founded The Healing Curve in 2008 as a nonprofit organization to support breast cancer survivors who are left to face the tough reality of breast tissue loss and permanent scars as a result of the mastectomy that save their life. Physical well-being is directly connected to a person’s emotional well-being. Therefore, treating physical deformities apart from the life threatening breast cancer becomes an equally important responsibility.

Dr. Motykie was featured in the popular Dr. 90210 TV series of E! Entertainment. As a part of the episodes of this series, Dr. Motykie performed reconstructive surgeries for breast cancer survivors. The flood of responses that followed the show inspired him to come up with the idea of The Healing Curve. The initiative was launched in 2008 with a mission to fund and support corrective surgeries for women who had sustained physical deformities acquired as an outcome of cancer, trauma, prior unsuccessful procedures and/or birth defects.
Dr. Motykie realized that while the insurance firms provided coverage for the initial construction procedure following breast cancer, but in many cases they would not offer coverage for secondary procedures for survivors. If the survivor could not afford the surgery on their own, they would have to remain feeling incomplete in absence of treatment.
Dr. Motykie says about his experience: “I started The Healing Curve to help those women who have won the battle against breast cancer but have lost their breasts, their femininity and their self-esteem in the process. These women have already been through so much with cancer itself; they deserve the best possible breast reconstruction that plastic surgery can offer.”

The Healing Curve was originally established with a sole motive of helping breast cancer survivors to restore their physical aesthetics. However, once the TV show went on air, Dr. Motykie was inundated with letters from viewers. Each letter had a different tale to narrate, but the underlying theme was common: they all suffered from a physical deformity and had no financial means to have it corrected.
Dr. Motykie also came in touch with patients of cosmetic surgery who had been wrongly treated or had poor surgical outcomes. It also included patients who had been through a traumatic accident or suffered from congenital physical deformities. In absence of financial means, these patients were left with disfigurement and permanent scars that could be corrected with a revision surgery. The Healing Curve extended its reach to all such patients, and offered the highest standard of care to those who could not afford it. The initiative is on its way to touch a greater number of lives by raising funds through donations and charity events.
To see more services and treatments provided by Plastic Surgeon, Dr. Motykie in Beverly Hills | Los Angeles and his team please visit: 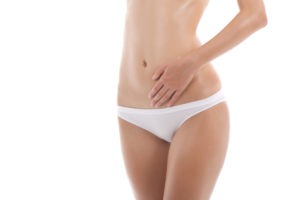 One of the most popular treatments for women and men who want to slim their shape without surgery, CoolSculpting® can seem like a fat blasting miracle. Like any new treatment, it’s also not fully understood by some people, and it’s all too easy to believe some of the rumors and half-truths about what CoolSculpting® really has to offer.
So let’s set things straight on this noninvasive body contouring treatment:

Tell that to the thousands of women and men who have an improved body contour and visibly lose stubborn fat pockets after their CoolSculpting® treatment! The reality is that while not everyone is a candidate for CoolSculpting®, this treatment can very effectively target “problem areas” such as the love handles, abdomen, or the inner/outer thighs.

Nope. This procedure was never designed as an alternative to eating a healthful diet and getting plenty of exercise. CoolSculpting® was developed in response to the need for a treatment that targets what most people call “stubborn” fat cells. After one session, most people see about a 30% reduction in fat in the treatment area, which generally only means a pound or two. A second recommended treatment can double these results. The goal is to create a more attractive body shape in the treatment area, not to drop pounds.

CoolSculpting® will remove treated fat cells, and those cells will not grow back. But it’s still up to you to stay healthy and fit – the fat cells that remain behind can enlarge if you don’t eat right and exercise.  You absolutely can gain weight and completely undo your improved body contour, so you need to stay actively engaged in maintaining your results.

CoolSculpting® has received FDA (U.S. Food & Drug Administration) clearance as a treatment for reducing abdominal fat as well as fat in the flanks and thighs. This means that the safety and effectiveness of the procedure for nonsurgical fat reduction has been reviewed through the FDA’s formal process, giving patients added peace of mind.