More Men Are Now Getting Botox

Tag Archives: Are Now Getting

It would be a mistake to think that Botox med spa facial anti-aging treatment appeals exclusively to women. According to the American 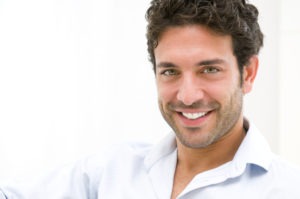 It is no longer considered inappropriate for men to get Botox. An increasing number of men attest to trying Botox or at least considering it.

Men in the age bracket of 35 to 65 years usually seek Botox injectables.

Botox experts concur on some aspects such as the men receiving Botox dermal fillers in their practices are usually aged between 35 and 65 years, they commonly work white-collar jobs in the fields of law, fashion, business or art, and typically receive Botox injections in their eyebrows and around their eyes almost three or four times annually. However, the similarities stop here.

Botox treatment providers explain that it is not possible to determine the specific type of man who seeks Botox.

Men from various ethnic groups such as Asian, Caucasian, and African are all choosing Botox injectables. Analysts elaborate that men from different professions ranging from politicians to Athletes are seeking Botox as well.

There is no specific male demographic for Botox use. This indicates that Botox injectables are moving beyond every sexual, racial and demographic constraint to appeal to all types of men.

Dr. Daniel C. Mills, President of the American Society for Aesthetic Plastic Surgery explains that men are getting more procedures done as they want to appear and remain competitive in a workforce that places a premium on youth. Experts elaborate a person has better chances of competing if they have a more youthful appearance.

Partners and spouses are encouraging the men in their lives to undergo these procedures. Men want to pin it on their spouses citing ‘‘I don’t care, but my wife/girlfriend wants me to do it.’ However, a majority of doctors believe that when men see the Botox treatment outcomes of their partners, they are more motivated to try the procedure.

Another significant influence is social media and online dating.

Experts state that social media has played an important role in men wanting to look good which has increased the number of men receiving Botox treatments. Doctors even report instances of men coming in for Botox injections simply because they want to upload their picture on a social media platform or dating site.